To Mate or Not to Mate? Baboons’ Inbreeding Defense Is Biased


Many animals, including humans, avoid mating with close relatives. Yet it’s not always clear how they distinguish kin from nonrelatives. A study published last month (February 24) in Current Biology finds that death, dispersals, an unknown innate strategy help wild baboons avoid inbreeding. But the animals do sometimes mate with relatives, this is more likely to happen with paternal than maternal kin.

Inbreeding is a problem in general “because every organism harbors some bad genetic bits that remain recessive,” says coauthor Susan Alberts, an evolutionary anthropologist at Duke University. “However, mating with relatives can bring such [deleterious genetic variants] together,” which is bad news for offspring. To avoid inbreeding, maturing primates tend to leave their original social groups to find mates in other groups. In wild baboons (Papio cynocephalus), for example, adult males frequently leave the natal troop while females stay, ensuring that siblings from the same mother avoid each other as mates. But previously, “we didn’t know how extensive intensive this inbreeding avoidance was,” Alberts says.

In the Amboseli ecosystem in Kenya, a project Alberts is involved with has been documenting the behavior of 1,624 wild baboons since 1971. Over such a long period, the monkeys have habituated to the presence of observers. For them, “we are like just another tree or gazelle,” Alberts says.

The researchers kept track of the monkeys’ interactions and, in particular, who they mated with. While it was easy to track the maternal relatives, as offspring spend considerable time with them, tracking paternal mating history can get tricky as the males move so often. So, for the past few decades, researchers have been scooping up baboon feces for DNA-based paternity analyses.

For the new study, Alberts’s team first figured out how individuals were related to each other, determining their full siblings, half-siblings, nephews, nieces, uncles, aunts, first cousins. The researchers also went through records of male courtships for each of 178 adult females found that baboons avoided potential mates that were closely related. In fact, pedigree analysis of 607 offspring born between 1971 2019 revealed that only six infants were born to parents who were close kin, mainly the result of breeding between paternal pairs such as father-daughter, paternal half-siblings, or uncle-niece.

What’s very exciting about the study is that “they included such a big sample a long [lineage] on both the maternal paternal side,” says Anne Pusey, a former director at the Jane Goodall Institute Research Center who was not involved in the research. Until scientists started doing paternity tests from DNA extracted from feces, there was no sure way of knowing who animals’ fathers were or how individuals were related through the paternal line, she adds. But this study shows that “the avoidance of relatives as mates goes very deep into evolutionary biology.”

“What really took us by surprise was the tremendous amount of death that separated individuals,” Alberts says. The team found that more than 60 percent of opposite-sex pairs of kin were prevented from mating by the death of one of the animals. For humans, it’s normal to have parents’ lives overlap with children’s lives for many decades, but apparently “it is much less common in wild baboons.” Pusey explains that in baboons, many offspring die before they reach adulthood, which takes about four years for females twice as long for males. Parents also frequently die before their young reach maturity, as baboons live on average for just 15–20 years. 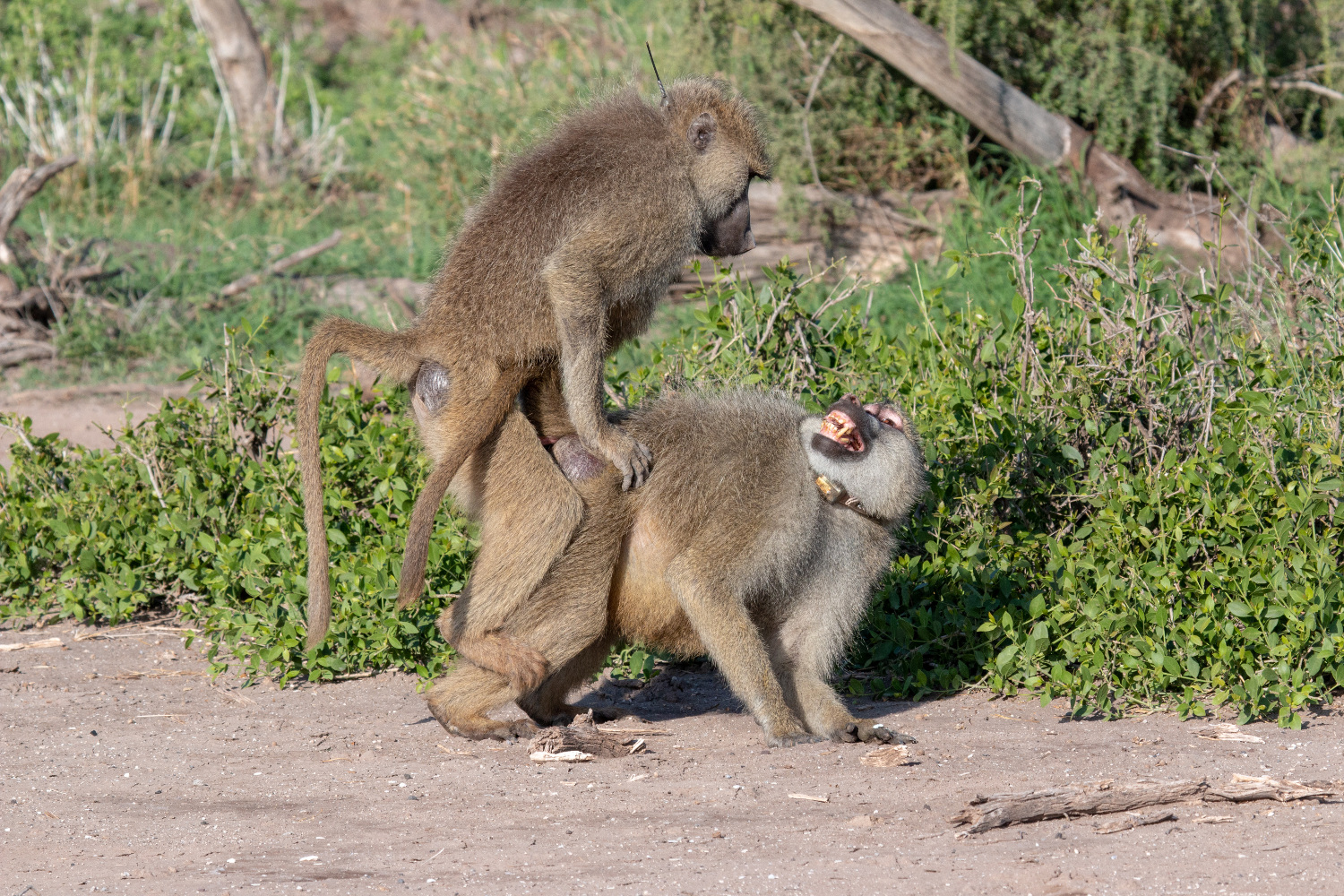 While it’s not clear why the baboons in the study mated less with maternal than paternal relatives, researchers have a few guesses. Alice Baniel, an evolutionary ecologist at Arizona State University who was not involved in the study, explains that some animals learn recall the phenotypes of their relatives during development avoid similar mates during adulthood based on visual, odor, or vocalization cues. This could be a likely mechanism generating maternal kin avoidance in baboons, she says. There have been studies in mice humans that suggest “individuals develop strong sexual aversion towards same-age individuals who they are raised with, even if they are not related,” she adds.

Such a mechanism wouldn’t work for recognizing paternal relatives, however. While there are primates, such as mandrills, that recognize even unfamiliar paternal half-siblings based on facial cues, “baboons might not have evolved such an additional kin recognition mechanism, given how well death dispersion separates the relatives,” Baniel says.

Alberts colleagues also looked at a group of baboons living near a human refugee camp, where they had close contact with people. In this group, they found, it became uncommon for outside males to join. With easy access to food from humans, the group’s home range shrank so that other monkeys hardly ever saw them. This ultimately led to less dispersal increased inbreeding. Out of 45 offspring born to this group of monkeys, four (about 9 percent) were born to pairs of known relatives—a rate 10 times higher than that of wild-feeding groups. “Inbreeding in a small isolated wild population is going to be a problem where animal dispersal is limited by human population growth,” Alberts comments.