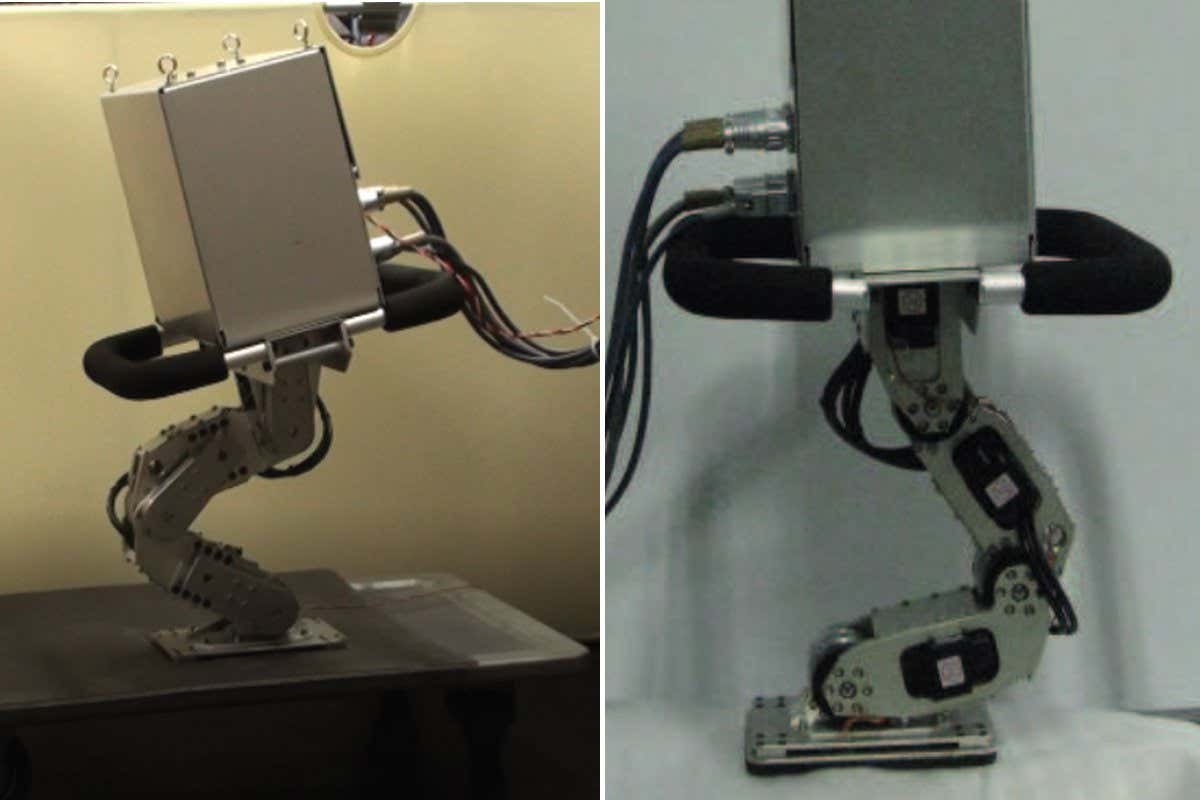 A one-legged robot that can stand, hop keep its balance on sloping or unsteady surfaces could offer a cheaper route to bipedal bots self-balancing exoskeletons. Researchers at the Toyota Technological Institute (TTI) in Nagoya, Japan, built their robot, dubbed TTI Hopper, using simple motors gears for less than $1000, then created an algorithm that compensates for the limited capabilities of these components.

“In robotics, we sometimes use hydraulics, because they can be actuated fast,” says Barkan Uğurlu, who is now at Özyeğin University in Istanbul, Turkey. “Or electric actuators that have a special spring arrangement or a strain gauge to measure forces inside. Instead, we used DC motors with gears. We only measure the joint angle, we only used one very low-cost force sensor at the foot.”

The algorithm makes the joints give way when shocks need to be absorbed, stiffens them up when the robot has to right itself or push off while running, allowing it to stay upright even under challenging circumstances, such as an inclined surface that suddenly goes to horizontal.

The resulting “terrain adaptation ability” isn’t new, says Uğurlu, but he his colleagues have managed to prove mathematically that their algorithm guaranteed the robot’s stability, given the slope movement of the surface during their experiments. They did this by calculating the vertical horizontal forces from the motors from gravity that the algorithm would generate on the leg.  For example, they found the robot should remain stable up to a 9 degree slope.

“If you make the leg too weak, for instance, it starts vibrating, even if there is no disturbance,” says Uğurlu. ” We know from the beginning what the safe settings are.”

Uğurlu is now working on using the algorithm in a bipedal exoskeleton for people who have lost the use of their legs. “Commercially available exoskeletons don’t have self-balancing capabilities,” he says. “They move your legs, but for balance the patient has to engage their upper body, with crutches. My idea is to use the terrain adaptation ability to get rid of the crutches.”