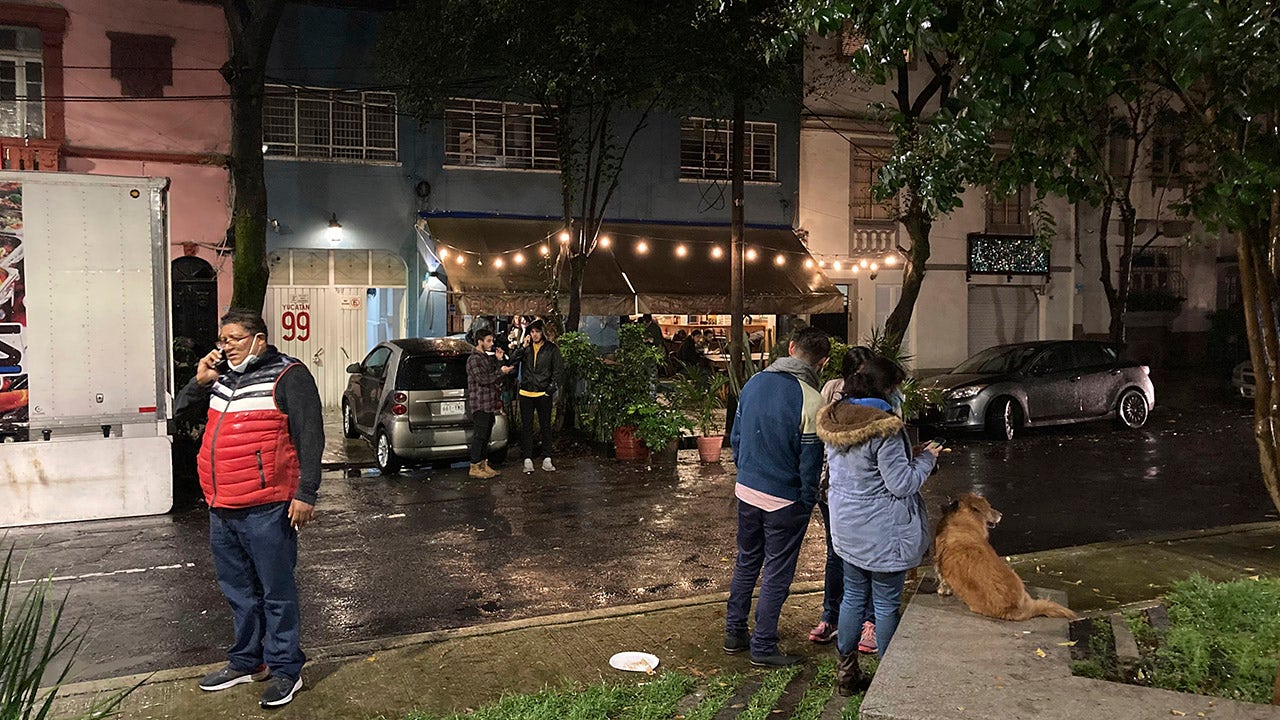 Social media images showed buildings swaying people standing outside their homes trying to keep their balance during an apparent aftershock.

“There are nervous breakdowns, people are worried because there have been aftershocks,” Adela Román, the mayor of Acapulco, told television news outlet Milenio. She said there are “many gas leaks in many places” as well as some landslides fallen walls. There were no immediate reports of casualties from the quake, he said.

The U.S. Geological Survey said the quake was centered about 10 miles northeast of Román’s city. The quake was so powerful, it caused buildings to rock sway in Mexico City, nearly 200 miles away. The ground shook for nearly a minute in some parts of the capital some people evacuated their buildings briefly.

People gather outside on the sidewalk after a strong earthquake was felt, in the Roma neighborhood of Mexico City, Tuesday, Sept. 7, 2021.  (AP Photo/Leslie Mazoch)

Mexico City authorities added there were no early reports of significant damage in the city, though they said electricity was knocked out in some neighborhoods.

The Associated Press contributed to this report