Russia is launching a new module for the International Space Station 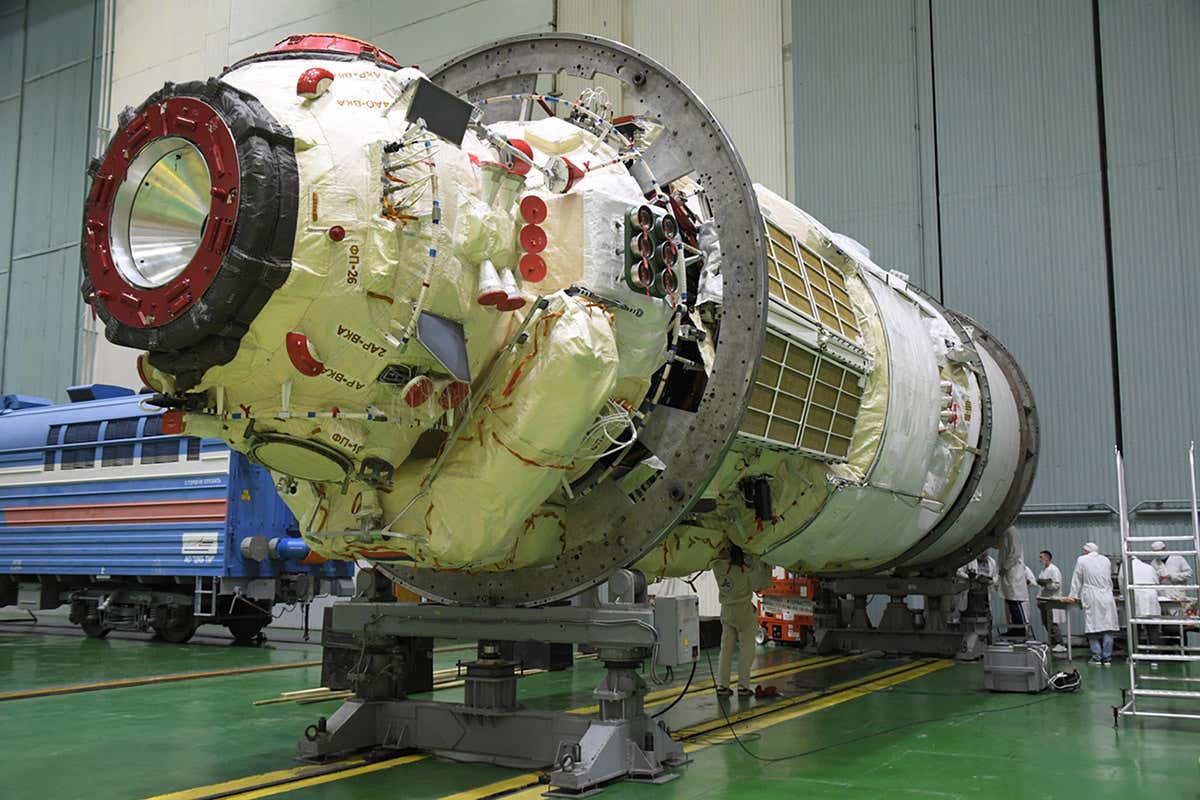 Russia is launching a new module for the International Space Station (ISS), after more than a decade of delays. The Nauka module is set to lift off from Baikonur Cosmodrome in Kazakhstan on top of a Proton-M rocket at around 1500 GMT today, along with a new robotic arm for the station created by the European Space Agency.

The ISS is composed of modules equipment from different space agencies including Europe, Japan Canada, but the bulk of the station is composed of two main sections, a Russian segment a US segment. At 13 metres long weighing more than 20 tonnes, Nauka, also called the Multipurpose Laboratory Module, will be among the largest in Russia’s half.

After launch, Nauka will take eight days to reach the ISS. Once attached, it will act as a new hub for the Russian segment of the station. “It’s a science laboratory, it also provides a lot of important service systems,” says Anatoly Zak, editor of the website RussianSpaceWeb.com. Planned research includes biological materials science experiments. “It’s a step in making the Russian segment more independent [from the US segment].” This includes a new toilet inside the module sleeping compartments for the crew.

The launch of Nauka has been a long time coming, with construction of the module beginning in the 1990s. Technical supply issues since then, such as the loss of components from Ukraine following the Russian annexation of Crimea in 2014, have seen development stumble. “It’s much more complex than anything the Russian space programme has tried to build in the last few years,” says Zak. Russia’s last module – Rassvet – was carried to the ISS by a US space shuttle in 2010.

Nauka’s launch also comes at a time when Russia’s future on the ISS is in doubt. Earlier this year, the head of the Russian space agency, Dmitry Rogozin, said Russia would leave the ISS by 2025 if sanctions against the country weren’t lifted by the US. “Either we work together, in which case the sanctions are lifted immediately, or we will not work together we will deploy our own station,” he said. A long-touted idea is that Russia would detach its segment of the ISS to begin its own separate space station in orbit.

Jared Zambrano-Stout, a former chief of staff for the National Space Council in the US, says he thinks such a scenario is unlikely. “The logistics associated with separating the modules is a lot more challenging than is being publicly discussed,” he says. “If they were planning to do that they should be building more modules now, because they’re going to need additional things up there to support a separate station.” Russia’s segment still relies on electrical power from the US segment, for example.

NASA has made it clear that it hopes to continue operating the ISS until 2030, by which time many of the station’s components are expected to be too old to continue. It is in the process of developing a replacement space station, the Lunar Gateway, that would be positioned near the moon support missions to the lunar surface, a venture Russia has yet to express an interest in joining.

“Low Earth orbit will be the only destination for their cosmonauts if they do not cooperate with NASA, for the foreseeable future at least,” says Zak.

Sign up to our free Launchpad newsletter for a voyage across the galaxy beyond, every Friday