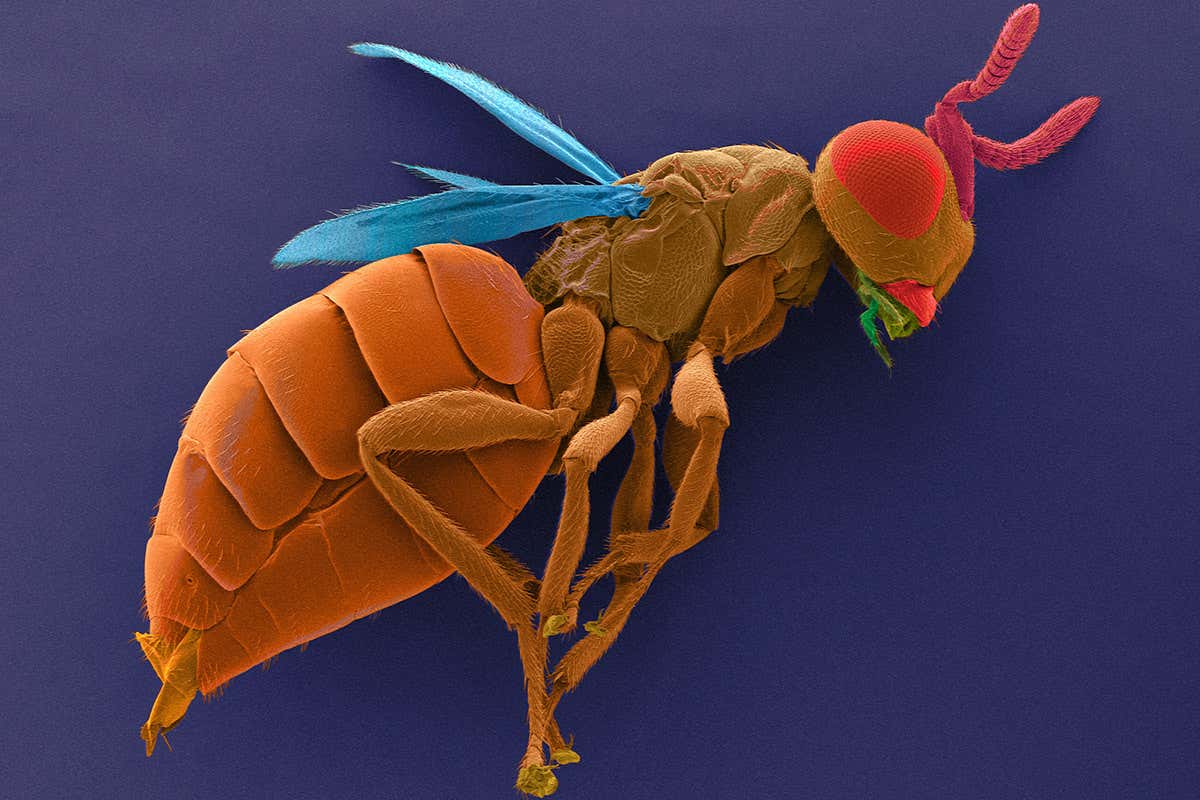 Males of a species of parasitic wasp can identify potential mates from chemicals they give off, even before the females have emerged from within their host fly.

Jewel wasps (Nasonia vitripennis) are found across North America. Females deposit eggs inside the cocoon-like casings of developing flies, using their ovipositors to inject each fly with a venom that paralyses it. The developing wasps remain in the host as they mature from egg to adult, only eating their way out to mate. Males emerge first, hanging around on the hosts to wait for females to appear.

“Males want to increase their mating success, so would benefit from finding hosts with females,” says Garima Prazapati at the Indian Institute of Science Education Research (IISER) Mohali.

It is possible for these wasps to up their chances. Males develop from unfertilised eggs females from fertilised eggs, so some hosts hold all-male broods, while others house a mixture of males and females.

Prazapati her team collected jewel wasps from the wild bred them. They isolated some females, keeping them from mating so their eggs would go on to create all-male broods. Next, they individually presented 26 male wasps with two Petri dishes: one holding a host containing male female adult wasps, one with a host containing only adult males.

The researchers found that the males spent around four times longer on the host with the females inside.

Analysing the chemical compositions of both hosts, the team found that the one containing female wasps had a higher abundance of nine cuticular hydrocarbons – compounds that cover the wasp exoskeleton – than the host with males inside.

They then dipped adult wasps in a chemical solution that extracts these hydrocarbons and found that adult females also had a higher concentration of them than males.

Prazapati says this suggests that the males must be able to detect the abundance of female-specific chemical cues emanating from within the fly casings. “This is the ultimate mate‑finding strategy,” she says.

They are certainly good at finding the female wasps, says team member Rhitoban Raychoudhury, also at IISER Mohali. “But males being attracted to females isn’t news.”

Given the lifestyle of parasitic wasps, this strategy of searching for mates while they are still within the host is important for males to secure reproduction may also be seen in other species, he says.