Honeybees stress each other out by warning about minor parasites 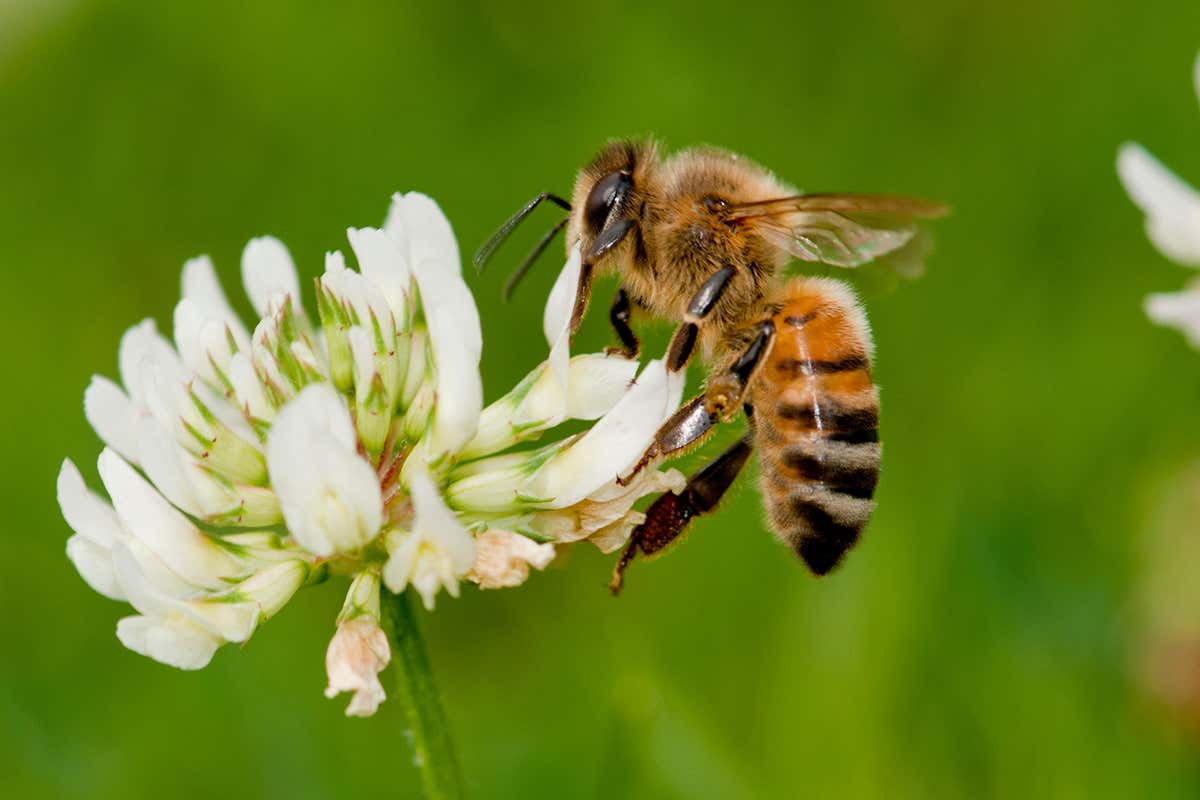 European honeybees produce a warning pheromone when parasites infect their hive, yet the social stress this chemical causes might be more devastating than the parasites themselves.

A one-celled fungus called Nosema ceranae can infect the guts of individual bees, causing a disease called nosemosis. Similar to tapeworm infections in humans, nosemosis apparently makes bees hungrier reduces their resistance to pesticides probably viruses, but it isn’t particularly fatal. Yet, nosemosis is one of the top reasons honeybee populations are declining.

Christopher Mayack at Swarthmore College in Pennsylvania suspected this might have something to do with how the fungus affects the bees’ social structures.

“Subtle changes in behaviour can be critical for the honeybee because it’s so highly social,” he says. “If their social harmony – really, their functioning as a group – gets disrupted, it can cause colony collapse, meaning complete dysfunction of the hive.”

Bees, like most social insects, use pheromones to communicate. To learn how those pheromones – hence social communication – alter during an N. ceranae infection, Mayack’s team vacuumed up 100 Apis mellifera forager bees from 30 different hives near Philadelphia, 18 of which were infected by this fungus. They then used a form of spectrometry to measure the bees’ pheromone production their N. ceranae infestation rates.

Compared with bees from uninfected hives, those from infected ones had much higher concentrations of a pheromone the insects produce when threatened by large invaders, like humans bears.

This so-called alert pheromone is commonly released when bees sting, or when they are crushed or killed. Bees also use it to mark flowers where they have already removed the nectar. The chemical seems to serve as an important call to action, whether to repel or to attract.

In the case of N. ceranae infestations, this could mean that the pheromone stimulates the bees to care for their infected hive mates, says Mayack. However, it might also drive them to quarantine sick individuals – or even kill them. Either way, Mayack suspects the bees’ behaviour changes so much, it could destroy their healthy social balance.

“Just like with humans, if there’s too much stress, the social contracts can break down quite easily, the functioning of the group won’t be carried out so well,” says Mayack.

He also wonders whether the pheromone might make infected hives more aggressive towards beekeepers. Even so, more studies are needed to determine exactly what is going on with the chemical’s production in affected hives, he says.