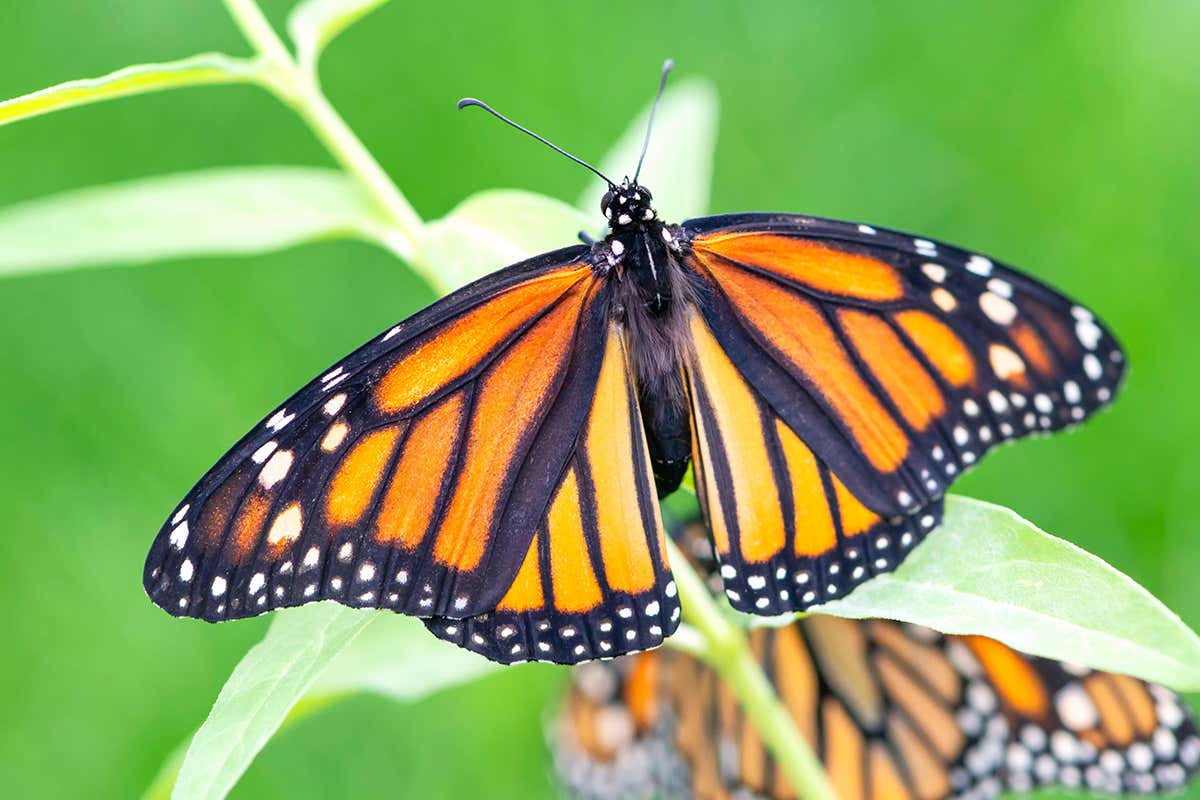 Climate change has been the biggest cause of the precipitous decline of the monarch butterfly (Danaus plexippus) in North America in recent years, say researchers who fear parts of its breeding range will become inhospitable under future warming.

The puzzle of the decline of the insect, famous for its epic migration from the US Canada to Mexico in the winter, has been variously blamed on herbicides wiping out the milkweed plant their caterpillars exclusively feed on, to problems on their migratory route climate change.

To empirically test which is having the most impact, Erin Zylstra at Michigan State University her colleagues combed 18,000 mostly citizen science surveys of monarchs carried out in the US Canada combined them with weather data to build a model of their populations. Between 2004 2018, the amount that rainfall temperature deviated from long-term averages was nearly seven times more important than other factors in explaining the monarch’s summer numbers.

“Yes, climate change is happening. It looks like it’s affecting monarchs. Now we have this information, we can have a smart plan for what we might do for conservation of monarchs other wildlife,” says co-author Elise Zipkin, also at Michigan State University.

The study doesn’t overturn previous research finding a correlation between herbicide use, milkweed loss the steepest period of monarch declines, from 1994 to 2003, says Zipkin. But she says milkweed stayed “pretty constant” from 2004 to 2018, which, along with the modelling results, points the finger at climate change for the recent declines.

The research doesn’t mean conservationists should stop protecting planting milkweed to help the butterflies. “But as we think forward [to climate change], not every spot that’s been good for monarchs may continue to be good, planting milkweed may not be enough,” says Zipkin.

One caveat to the research is that the 18,000 surveys it relies on have some geographical bias. Most are citizen science projects, so are inherently biased to areas near cities, where most people live, than to more sparsely populated agricultural areas.

“Overall, I find the claims rather convincing,” says Marcus Kronforst at the University of Chicago, noting that other recent research has found climate change affecting butterfly numbers in the US.

Elizabeth Crone at Tufts University, Massachusetts, says the study does a sophisticated job of showing how climate has contributed to year-to-year fluctuations in monarch abundance in recent years. But she says another explanation is simply that a one-time change – the earlier loss of milkweed – has permanently reduced the maximum number of offspring female monarchs can produce, creating the spiral of decline seen since 2004.

“It would be alarming if the modelled results are supported by further studies,” says Dan Hoare at UK charity Butterfly Conservation. He welcomes the research, but adds it should be no surprise that climate change is a factor for monarchs, as butterflies are highly sensitive to environmental change.