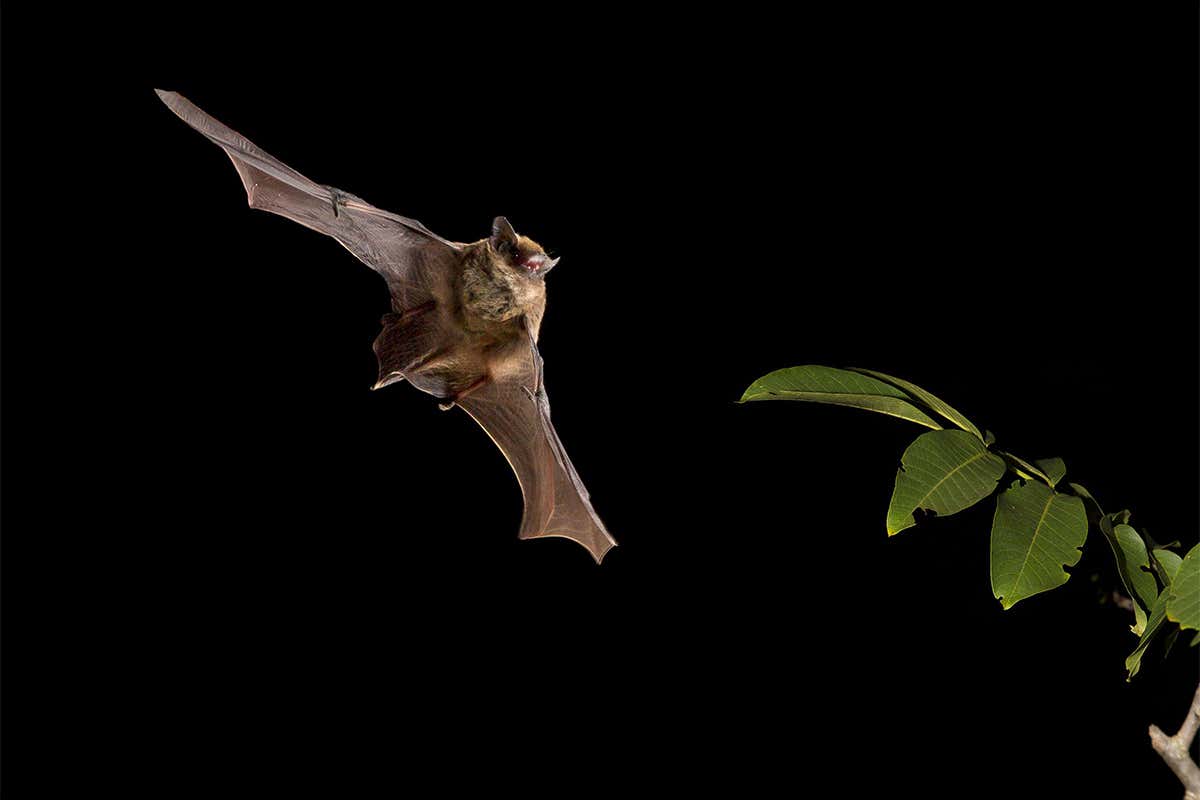 Bats are born knowing the speed of sound. This may not be shocking, as they rely on echolocation to find food avoid crashing into trees in the dark. But unlike birds that learn their songs, or lions that learn to hunt, bats seem to be born knowing how to echolocate.

Bats make high-pitched calls that reflect off distant objects, then they translate the time until the echo returns into some measure of distance. Depending on air temperature, sound can move faster or slower, it is a reasonable expectation that bats would accommodate for this.

To see whether bats can adjust their echolocation to accommodate changes in the speed of sound, Eran Amichai Yossi Yovel at Tel Aviv University in Israel trained eight adult Kuhl’s pipistrelle bats (Pipistrellus kuhlii) to fly to a perch within a chamber pumped full of oxygen helium. Because helium is less dense than other atmospheric gases, sound travels faster through it.

The helium interfered with the bats’ echolocation timing caused them to aim short of the perch. At first, this was expected, but the adult bats never learned to adjust.

“We were surprised by the results. Honestly, we didn’t trust them at first,” says Amichai, now at Dartmouth College in New Hampshire.

Amichai Yovel then tried the experiment with pups instead of adults. They hand-reared 11 bats, raising half of them from birth in the helium-enriched chamber. When the bats were old enough to fly, Amichai trained the pups to fly to the perch like the adults. Still, despite the environment the pups were raised in, neither group could accurately sense the distance to the perch in the helium environment.

Both experiments indicate that bats have a rigid, innate reference for the speed of sound. The team says they expect this to be the same in all bats, as the brain structures involved in echolocation are similar across species.

Because it is such a crucial part of the way the bat understands its world, Yovel says, it is possible that an innate sense of time from birth might be more beneficial than a flexible one that takes a while to learn, even if it isn’t always perfect.